Newport (Casnewydd) Gwent is a city and administrative area of Wales, situated on the banks of the River Usk between Cardiff and Chepstow. It is the largest urban area in the historic county of Monmouthshire and is governed by the unitary Newport City Council. The population of Newport is 140,200, making it the third most populous city and seventh most populous unitary authority in Wales. According to Census 2001 data the population of the core built-up area was 116,143.

In the Bronze Age fishermen settled around the fertile estuary of the River Usk and later the Celtic Silures built hillforts overlooking it. In AD 75, on the very edge of their empire, the Roman legions built a Roman fort at Caerleon to defend the river crossing. According to legend, in the late 5th century St. Woolos Church was founded by St. Gwynllyw, the patron saint of Newport and King of Gwynllwg. The church was certainly in existence by the 9th century and today has become St. Woolos Cathedral, the seat of the Bishop of Monmouth. The Normans arrived from around 1088–1093 to build Newport Castle and

river crossing downstream and the first Norman Lord of Newport was Robert Fitzhamon.

The settlement of 'Newport' is first mentioned as novo burgus established by Robert, Earl of Gloucester in 1126. The name was derived from the original Latin name Novus Burgus, meaning new borough or new town. The city can sometimes be found labelled as Newport-on-Usk on old maps. The Welsh language name for the city, Casnewydd-ar-Wysg means 'New

castle-on-Usk' (this is a shortened version of Castell Newydd ar Wysg) and this refers to the twelfth-century castle ruins near the city centre. The original Newport Castle was a small Motte-and-bailey castle in the park opposite St. Woolos Cathedral. It was buried in rubble excavated from the railway tunnels that were dug under Stow Hill in the 1840s and no part of it is currently

Around the settlement, the new town grew to become Newport, and was granted a charter by Hugh, Earl of Stafford in 1385. In the 14th century friars came to Newport where they built an isolation hospital for infectious diseases. After its closure the hospital lived on in the place name "Spitty Fields" (a

corruption of ysbytty, the Welsh for hospital). "Austin Friars" also remains a street name in the city.

In 1402 Rhys Gethin, General for Owain Glyndwr, forcibly took Newport Castle together with those at Cardiff, Llandaff, Abergavenny, Caerphilly, Caerleon and Usk. During the raid the town of Newport was badly burned and St. Woolos church destroyed.

A second charter establishing the right of the town to run its own market and commerce came from Humphrey Stafford, 1st Duke of Buckingham in 1426. By 1521 Newport was described as having "....a good haven coming into it, well occupied with small crays [merchant ships] where a very great ship may resort and have good harbour." Trade was thriving with the nearby ports of Bristol and Bridgewater and industries included leather tanning, soap making and starch making. The town's craftsmen included bakers, butchers, brewers, carpenters and blacksmiths. A further charter was granted by James I in 1623.

In 1648 Oliver Cromwell's troops camped overnight on Christchurch Hill overlooking the town before their attack on the castle the next day. A cannon-ball dug up from a garden in nearby Summerhill Avenue, dating from this

As the Industrial Revolution took off in Britain in the 19th century, the South Wales Valleys became key suppliers of coal from the South Wales coalfield, and iron. These were transported down local rivers and the new canals to ports such

as Newport, and Newport Docks grew rapidly as a result. Newport became one of the largest towns in Wales and the focus for the new industrial eastern valleys of South Wales. By 1830 Newport was Wales' leading coal port, and until the 1850s it was larger than Cardiff. 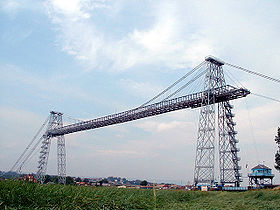 Newport was the focal point of a major Chartist uprising in 1839, where John Frost and 3,000 other Chartists marched on the Westgate Hotel at the centre of the town. The march was met with an attack by militia, called to the town by the Mayor: at least 20 marchers were killed and were later buried in St Woolos' Cathedral churchyard. John Frost was sentenced to death for treason, but was this was later commuted to transportion to Australia. He returned to Britain (but not to Newport) later in his life. John Frost Square, in the centre of the

city, is named in his honour.

Newport probably had a Welsh-speaking majority until the 1830s, but with a large influx of migrants from England and Ireland over the following decades, the town became seen as "un-Welsh", a view compounded by ambiguity about the status of

Monmouthshire. In the 19th century, the St George Society of Newport asserted that town was part of England, and it was in Newport that the Cymru Fydd movement received its death blow in 1896, at a fractious meeting where Lloyd George was told that the "Englishmen" of South Wales would never submit to "the

domination of Welsh ideas". In 1922 Lloyd George was to suffer a further blow in Newport, when the Conservative capture of the recently-created Newport constituency in a by-election helped lead to the end of his coalition government.

The late 19th and early 20th century period was a boom time for Newport. The population was expanding rapidly and the town became a county borough in 1891. The dock system was completed in 1892: the newly-built South Dock was the largest masonry dock in the world. Although coal exports from Newport

were by now modest compared to the Port of Cardiff (which included Cardiff, Penarth and Barry), Newport was the place where the Miners' Federation of Great Britain was founded in 1889, and international trade was sufficiently large for 8 consuls and 14 vice-consuls to be based in the town. Urban expansion took in Pillgwenlly and Liswerry to the south; this eventually necessitated a new crossing of the river Usk, which was provided by the Transporter Bridge completed in 1906, described as "Newport's greatest treasure".

to crawl into the collapsed trench. Lewis worked for two hours with hammer and chisel in an attempt to free one of those trapped. Several hundred pounds was later raised through public subscription in gratitude for the boy's efforts, and

he was sent on an engineering scholarship to Scotland. Lewis was awarded the Albert Medal for Lifesaving by The King in December 1909. A Wetherspoons pub in the city centre is named "The Tom Toya Lewis" after the young hero. The building in which the pub is housed was formerly the Newport YMCA, the

Foundation Stone for which was laid by Viscount Tredegar, also in 1909.

Compared to many Welsh towns, Newport's economy had a broad base, with foundries, engineering works, a cattle market and shops that served much of Monmouthshire. However, the docks were in decline even before the Great Depression, and local unemployment peaked at 34.7% in 1930: high, but not as bad as the levels seen in the mining towns of the South Wales Valleys. Despite the economic conditions, the town corporation re-housed over half the population in the 1920s and 30s.

The post-war years saw renewed prosperity in the town, with

St. Woolo's Cathedral attaining full cathedral status in 1949, the opening of the modern integrated steelworks at Llanwern in 1962, and the construction of the Severn Bridge and local sections of the M4 motorway in the late 1960s, making Newport the best-connected place in Wales. Although employment at

Llanwern declined in the 1980s, the town acquired a range of new public sector employers, and a Richard Rogers-designed Inmos factory helped to establish Newport as a 'hotspot' for technology companies. A flourishing local music scene in the early 1990s led to claims that the town was "a new Seattle".

The county borough of Newport was granted city status in 2002 to mark Queen Elizabeth II's Golden Jubilee. In the same year, an unusually large merchant ship, referred to locally as the Newport ship, was uncovered and rescued from the bank of the Usk during the construction of the Riverfront Arts Centre. The

ship has been dated to some time between 1445 and 1469 and it remains the only vessel of its type from this period yet discovered anywhere in the world.

1402: Town attacked by the forces of Owain Glyndŵr, rebel Prince of Wales: St.

1796: Opening of the Monmouthshire canal.

1842: Town Dock at Newport Docks opens – able to accommodate the largest ships in the world.

1850: Newport becomes the seat of the Roman Catholic diocese of Newport and Menevia.

1892: Construction of the docks completed.

1916: Diocese of Newport absorbed into the new Archdiocese of Cardiff. 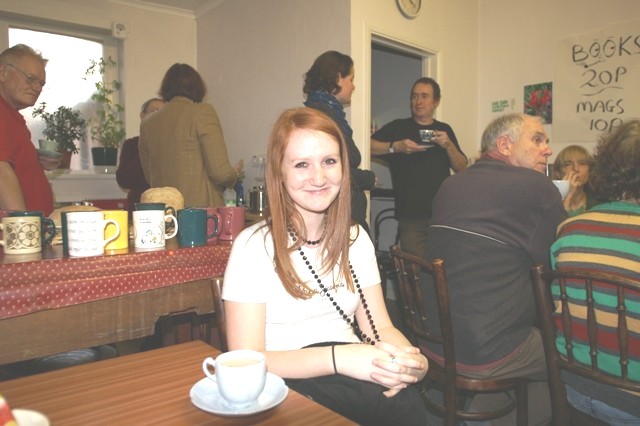 and there’s always a cup of tea afterwards

Wales has Theosophy Groups in

Structural changes in the

as it separates into independent

groups that run their own show

and The History of Theosophy in Wales

Death & How to Get Through It

The Big Names of Theosophy

If you run a Theosophy Study Group you can use

No Aardvarks were harmed in

Tekels Park to be Sold to a Developer

Concerns are raised about the fate of the wildlife as

Surrey, England is to be sold to a developer

A Text Book of Theosophy By C W Leadbeater

What Theosophy Is  From the Absolute to Man

The Formation of a Solar System  The Evolution of Life

The Constitution of Man  After Death  Reincarnation

The Purpose of Life  The Planetary Chains

The Result of Theosophical Study

An Outstanding Introduction to Theosophy

By a student of Katherine Tingley

Elementary Theosophy Who is the Man?  Body and Soul

The Seven in Man and Nature

The Meaning of Death

Preface to the American Edition    Introduction

Occultism and its Adepts    The Theosophical Society

The Ocean of Theosophy

A Study in Karma

Man and His Surroundings  The Three Fates  The Pair of Triplets  Thought, The Builder

The More Modern View  Self-Examination  Out of the Past

The Seven Principles of Man

Prana, The Life  The Desire Body  Manas, The Thinker, or Mind

The Quaternary, Or Four Lower Principles

Subtle Forms of The Fourth and Fifth Principle

The Higher Manas  Âtma – Buddhi, The Spirit  Manas in Activity

The Monad in Evolution  Lines of Proof for  an Untrained Enquirer

Esoteric Teachers  The Constitution of Man  The Planetary Chain

The Human Tide-Wave  The Progress of Humanity

The Unity Underlying all Religions

The Physical Plane  The Astral Plane

The Law of Sacrifice  Man’s Ascent  Building a Cosmos

Please tell us about your UK Theosophy Group

and The History of Theosophy in Wales

Wales is a Principality within the United Kingdom

and has an eastern border with England. The land

area is just over 8,000 square miles. Snowdon in

North Wales is the highest mountain at 3,650 feet.

The coastline is almost 750 miles long. The population

with access to the sea via the river Usk.

The Roman Amphitheatre at Caerleon,

Dinas Emrys (The Fort of Merlin)

into categories and presented according to relevance of website.